Benjamin Franklin once said that an investment in knowledge pays the best interest. An education offers knowledge, structure and an internal resource for the future of every student. This being irrespective of how proficient—or unproficient for that matter—the student is, as it was Einstein who stated that, “education is what remains when one has forgotten everything.” Over several civilizations, cultures and institutions, the American epithet for quality education was distilled in the still pots of experience and brewed to perfection, to yield what we all know and address today, as K12. Keeping in mind the enormous importance of the social component that is education, we at Education Tech Insights are proud to present our Top 10 Innovative School District Tech Directors, to shed some light on the greatest and latest in school curriculum, practise and innovation. Each of the following have been shortlisted by our panel of researchers, educators and professionals in EdTech, for their pioneering work toward the advancement of the quality and execution of the ideals of education today. Education Tech Insights believes that these are individuals, who constantly strive to push the envelope of possibilities in schools, to make for more effective teaching, and understanding, for the benefit of tomorrow’s citizen, i.e. the student. Whether it is meeting the social and emotional needs of all students, or recruiting and retaining teachers, these are all relevant challenges that our featured directors have delved into headfirst. Let us get to know them a little better: 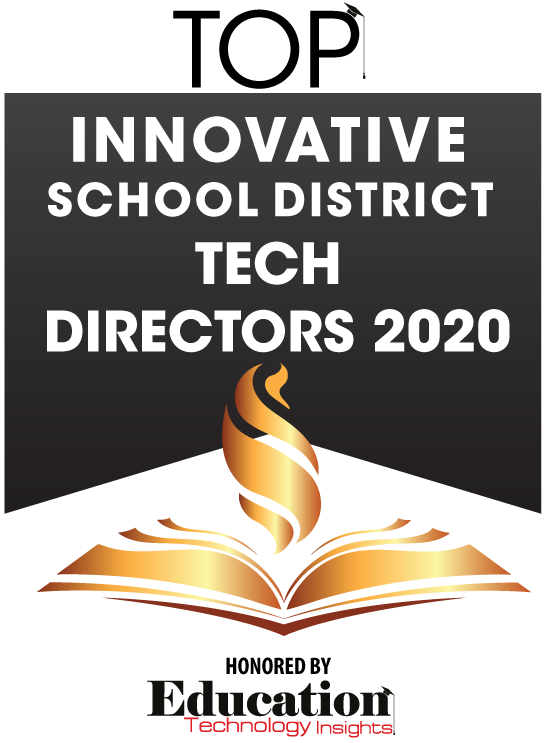 Clasen earned his master’s degree in business administration from Keller Graduate School, and his bachelor’s degree in speech communications and psychology from Olivet Nazarene University in Kankakee, III. Prior to working at School District 308, Allen managed teams of engineers and support staff at DeVry’s corporate headquarters in Oakbrook...Read More

Koen served over two years as a Peace Corps in the Dominican Republic from 1998 – 2000 teaching and collaborating with local educators and educational organizations and earned his Master’s of Education in Curriculum and Instruction and a Bachelor’s in Psychology, both from Virginia Polytechnic Institute and State University (Virginia Tech)....Read More

Tricia witnessed the powerful impact that technology can have on students as an elementary school teacher, sparking a passion to increase student access to technology that has driven her 23-year career with North Clackamas Schools (NCSD). As a technology coach, she implemented the district’s first rollout of mobile devices beginning in 2003. Tricia...Read More

Natalie Carrignan has been the Director of Technology for the Westport Public Schools since 2006. In addition to managing the technology department, she is in charge overseeing the information and technology literacy (ITL) curriculum and department, which is staffed by their library media specialists and technology teachers. Natalie is also the district...Read More

Lawrence Esplin began his teaching career at Dixie High School in the fall of 1981 after graduating from SUSC, now Southern Utah University. He taught World and US History, Psychology, Sociology, Consumer Math and computer classes. He coached sophomore football and worked with the Academic Decathlon team. He also worked as a school counselor at DHS. At Pine...Read More

Melissa received her B.S. from Cornell University in Human Development & Family Studies. She was part of the Women’s Varsity Crew, a KON Honor Society and an ESL tutor. Melissa went on to attend the Harvard University Graduate School of Education for attaining her Ed.M. Today, Melissa Dodd is charged with leading the district’s technology...Read More

Lisa graduated from Emory University with a BA in English, Education, Psychology then proceeding to the Georgia State University, where she completed her M.Ed. in Hearing Impaired Education. She proceeded to graduate from the Nova Southeastern University with an Ed.S. in Educational Leadership. In her current role she implements technology initiatives that...Read More